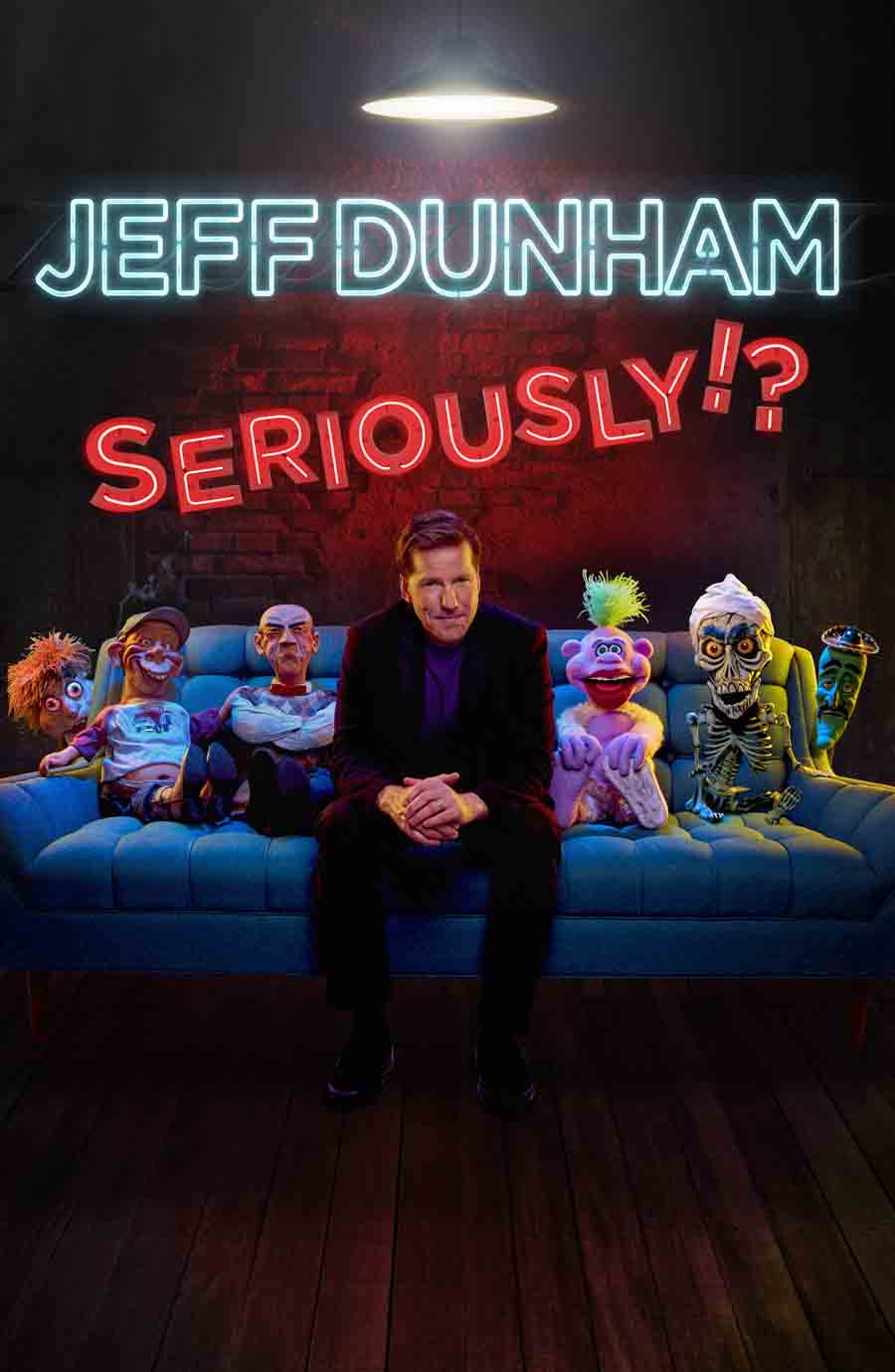 For the past twelve years, Jeff Dunham and his somewhat-inappropriate-proteges, Peanut, Walter, José Jalapeño, Bubba J. and Achmed the Dead Terrorist, have filled arenas across the U.S. and the world with their multiple, blockbuster tours. This fall, Dunham and his cohorts will set out on their brand-new international tour, "JEFF DUNHAM: SERIOUSLY!?" Dunham and his guys will be hitting cities, crisscrossing North America, Canada, and, not long after that... the world!

In addition to Dunham's new tour, the world-renowned performer's new Netflix Originals stand-up special entitled "Jeff Dunham: Beside Himself" premieres this September. This will be Dunham's second Netflix Originals special, and the eighth in his string of record-breaking stand-up television events. The impressive event was shot in front of 16,000 fans at the American Airlines Center in his hometown of Dallas, Texas, where Dunham introduced his new character, "Larry", the personal advisor to the President, who has now earned his spot with the troop on the tour.

Dunham has built an entertainment empire over 30-plus years of non-stop touring and performance innovation. With 10 million followers on Facebook and 2 million YouTube subscribers, amassing well over a billion views, the comedian/ventriloquist has carved out his own unique space in the comedy world.  His accomplishments have led to record-breaking viewership with his standup specials on Netflix, NBC, and Comedy Central.  His astonishing arena packing power puts him on par with major music acts like Luke Bryan and Metallica.